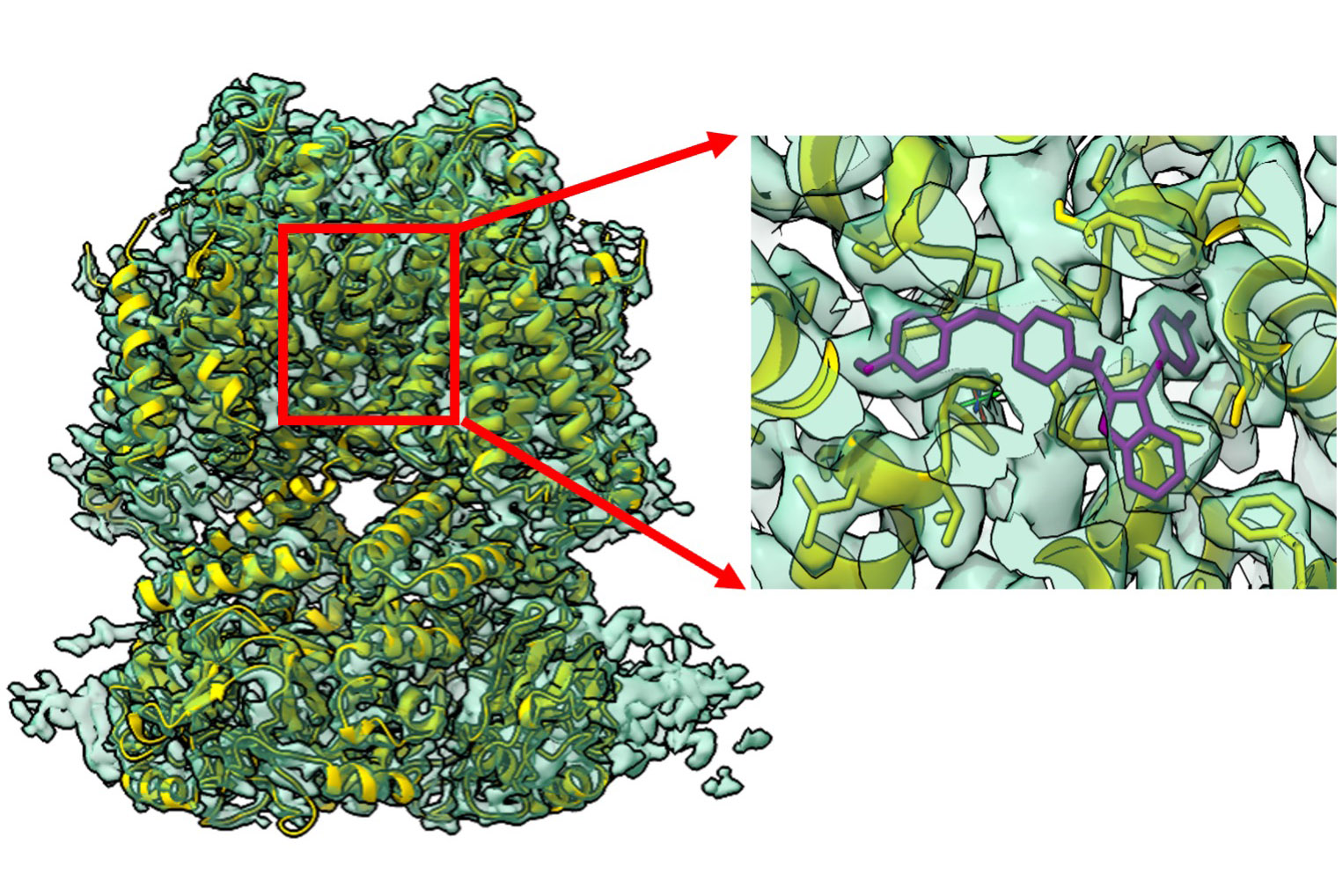 Cardiac arrhythmia is one of the major reasons why newly discovered small molecule drugs fail in early phases of drug discovery. This adverse effect is caused by the inhibition of the voltage gated K+ channel encoded by the human ether-a-go-go-related gene (hERG).

hERG is involved in repolarizing the cardiac action potential. Blockade of the channel current prolongs the QT interval, which is the time between the beginning of ventricular contraction and relaxation, and increases the risk of Torsades de Pointes (TdP), a potentially fatal ventricular arrhythmia.

For this reason, hERG is an undesirable pharmacological anti-target. Its inhibition was responsible for 30% of drugs withdrawn between 1990 and 2006, and for the withdrawal of another 14 drugs in recent years.(1) This makes off-target hERG inhibition a critical problem in the pharmaceutical industry, not only for patient safety, but also because it will lead to an increase in drug development cost, late-stage failure, and market withdrawals.(2)

The first cryo-EM structure of hERG (3.7 Å) was reported in 2017.(3)  A paper describing the cryo-EM structure of hERG complexed with Astemizole (a long acting histamine H1-receptor antagonist used to treat allergy symptoms and withdrawn from the market in 1999 due to concerns of arrhythmias) was published in 2021.(2) The associated PDB depositions (7CN0, 3.9 Å, and 7CN1, 3.7 Å) don’t show any ligand bound to the channel, although a model for Astemizole binding was proposed based on the presence of residual density in the central channel.(2)

In a poster presented at the 2nd COMPPÅ meeting,held in New York, NY in June 2022 NIS presented a study in which the cryo-EM structure of hERG in the presence of Astemizole was determined to a nominal resolution of 2.7 Å.  The structure is the result of a structure based drug design collaboration between NIS and Axcelead Drug Discovery Partners, Inc.

For the first time, the map clearly shows the presence of one Astemizole molecule in the central channel of hERG. The molecule is fully resolved and can be unambiguously oriented in the channel; it interacts with several residues coming from each of the four subunits of the channel. Although the four hERG subunits retain a pseudosymmetrical tetrameric structure, the ligand breaks the symmetry within the channel and engages each monomer differently, inducing some local conformational changes.

Knowledge of the specific interactions between the drug candidate and the hERG channel could help in guiding the design of optimized molecules that will retain the potency against their intended target, while showing reduced hERG affinity. This and similar structures will facilitate advances in understanding hERG drug inhibition on a molecular basis.